Next Saturday, November 13th, SD Huesca visit Anduva, the home of CD Mirandés. It will be a key game for moving towards our objective of elevating our place in the table once and for all.

The armband designed for this encounter refers to the fight CD Mirandés always puts up, as well as the nickname given to the players of the team (jabatos, bold wild boar piglets) and their own mascot, a young wild boar with studded football boots.

Born in 1972, this mascot cheers the fans during the matches in Anduva. It embodies important values that are also applied to the team, such as fighting spirit, strength and courage.

The dark brown and ginger-brown stripes of the armband’s design represent the characteristic coat colour of piglets.

Many of these wild boars live in the woods of Miranda de Ebro, so the team themselves identify their style of play with wild boars’ savage and hardened personality. 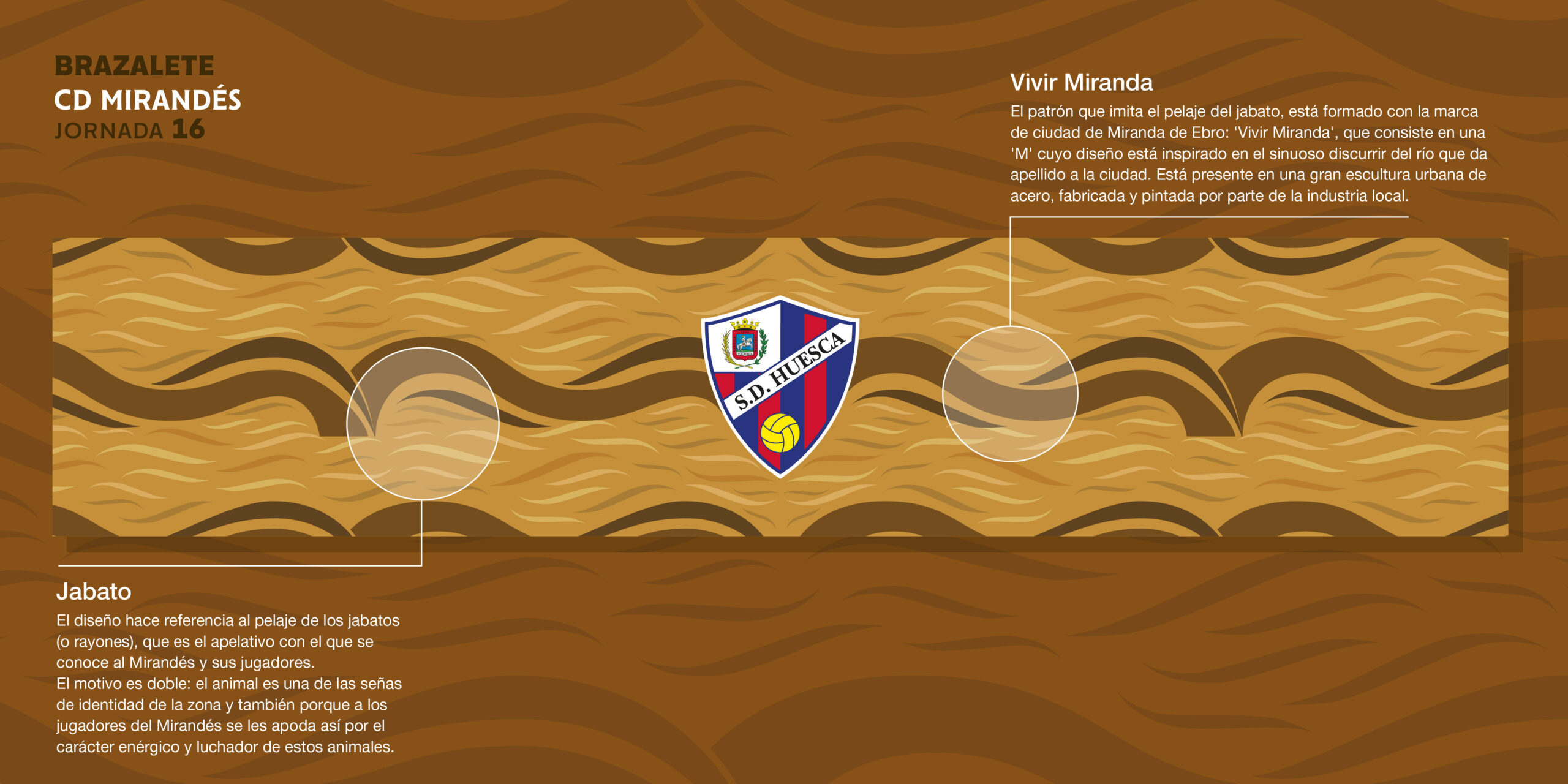 If you pay attention to the armband design, you may notice how the coat marks make the shape of the letter “M,” for Miranda de Ebro. It inspires their own corporate brand, Vivir Miranda (“Living Miranda”), a design inspired at the same time by the twists and turns of the river Ebro, after which the town is named.

CD Mirandés made their way to the Copa del Rey semi-finals in 2012 and 2020. Both of the times they earned famous breakthrough wins against first division teams, reaching a major milestone in their history.

In 2012, given impetus by the likes of Pablo Infante, CD Mirandés knocked out great rivals such as Villarreal or RCD Espanyol, whose manager at the time was Mauricio Pochettino, PSG head coach today.

In 2020, led by the current boss of Rayo Vallecano, Andoni Iraola, the jabatos eliminated Celta de Vigo, Villarreal once again and Sevilla FC.

This will be a match in which SD Huesca will replace our fur with a dark brown and ginger-brown coat, show our teeth and try to make our rival fall into our clutches on Anduva pitch.