Next Sunday, October 24th, SD Huesca visits El Plantío, the legendary stadium of the promoted side Burgos CF. It will be an encounter where the Azulgranas will try to get a second successive away triumph, on a historic pitch and against a historic rival.

Our armband will pay tribute to the Cathedral of Saint Mary of Burgos and its stained glass windows. It is an 800-year-old Gothic monument.

Did you know that the Cathedral was built in just 40 years? This is a record for that time! As a jewel of Spanish Gothic art, it was declared a World Heritage Site by UNESCO. For its anniversary this year in July, Burgos CF wanted to join the Burgalese celebration by promoting to LaLiga SmartBank.

Therefore, valuing the monument’s history and age, if you look carefully at the armband, you can see the border decorating the design itself, which consists of the letters DCCC (800 in Roman numerals.) 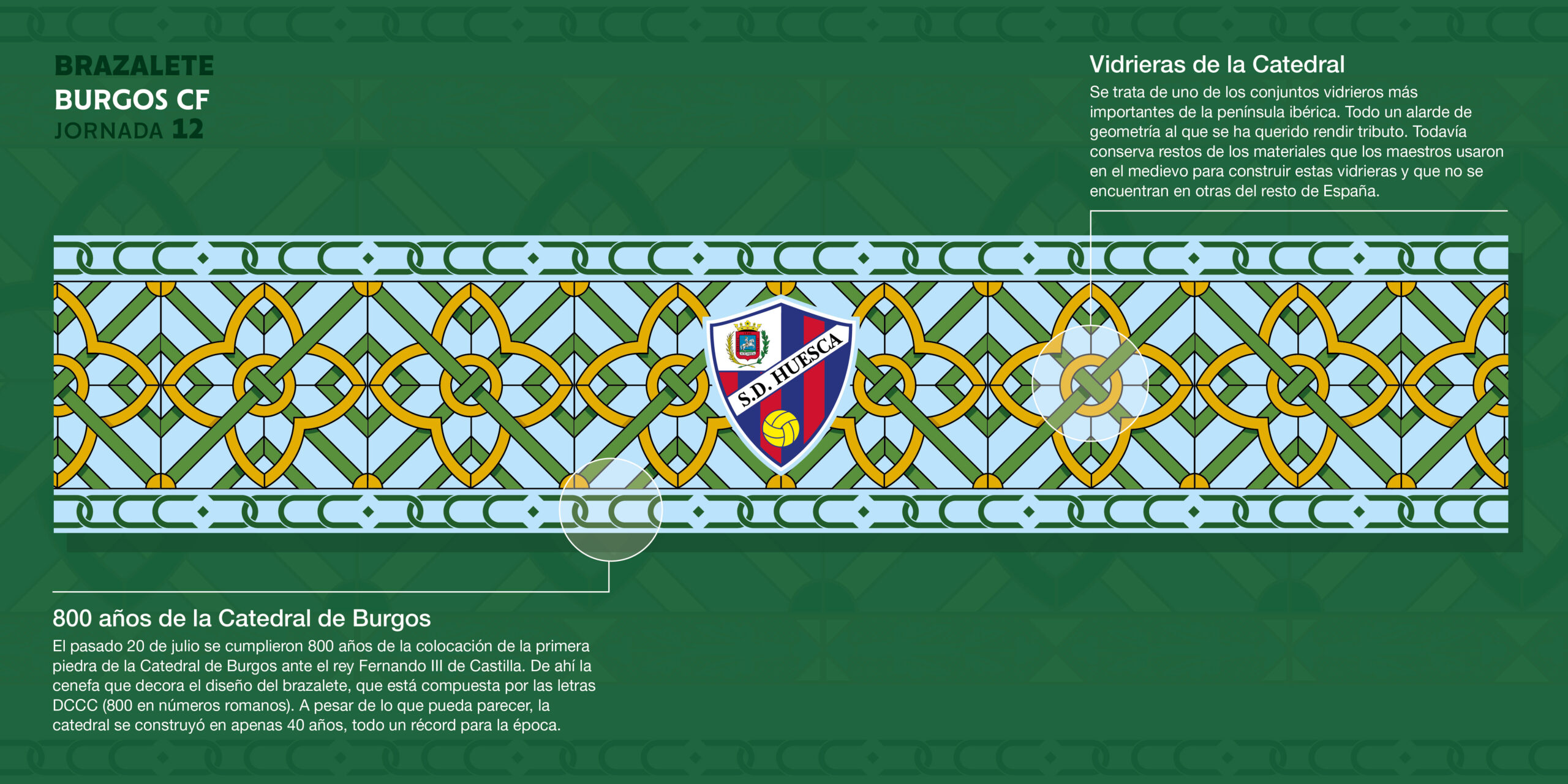 Is it possible to reinterpret the iconic stained glass window on our game’s armband? Sure! This has actually been the concept that we have realised to turn this sports feature into an artistic one – just as many lead, iron, stone, glass or paint experts at the time directed all their efforts to construct the great final work.

When we mention Burgos CF, we are referring to the same old good football, even nostalgic sometimes and in black and white. It is a team that has seen sports legends, such as Juan Gómez González, Juanito (who made his debut as a professional player here), Manzanedo, Tito Valdés or Sergio Kresic (legendary Las Palmas coach who started his training career in Burgos, where he had also played before.)

On the picture below you can see a very young journalist, José María García, and the iconic striker Juanito who would sign for Real Madrid later on after they paid 27 million old pesetas.

It will definitely be a historic match for both sides, where SD Huesca will try to stand out on our own in front of our rival.